Today is Mason’s coming home day! Yay Mason! (Fun fact: Mason will clap if you say “yay Mason” to him! Ha!) He’s been home for 1 year minus his 4 trips BACK to the hospital. Hopefully he got that out of his system!

Look how little he was!

And this is one of my favorite Mason pictures of all time. It’s not from the last year or from when he came home. It’s from one of his first days. It’s hard to believe he started like this!

I remember 1 year ago when we brought Mason home. I really didn’t think he would get to come home that day. We brought Logan and his oxygen tank plus another portable oxygen tank for Mason and the double stroller with us to the hospital. But I wanted to leave it in the van. I didn’t want to take it all inside then leave with just one baby. Luckily I was worried for nothing! Then we got home! Mason was a cranky individual. We had to swaddle him like a burrito almost all day or he would cry! Luckily he outgrew that quickly!

Now Mason is the happiest baby ever! He almost never cries. Sometimes I feel like he gets less attention because he’s not as needy! But then I remember that he’s Mason and he gets lots of attention! Everyone loves Mason! He’s funny! And loud. He has lots of hair, lots of teeth, lots of smiles, and lots of attitude (in a good way though)! I asked the boys’ teacher at school which baby is the bad one. It’s Mason. He’s sneaky. Everyone would probably expect Logan or James. But Mason doesn’t nap. And he’s loud (I know I said that already but he’s that loud) so he keeps the other babies awake. He doesn’t cry but he is very opinionated!

Here’s a picture of Mason from this morning!

And I made him take a selfie but he wasn’t feeling it apparently.

Mason doesn’t like ice cream (I know, crazy, right?!) so we went to dinner instead. At Senor Tequila. Mason LOVES Mexican food! Ha! He had cheese dip for the first time tonight and LOVED it! So he kinda redeemed himself for his dislike of the deliciousness known as ice cream.

He liked his taco, rice, and beans too!

Mason just recently learned how to stand up and he loves it! He’s always so proud of himself! He also loves his paci. He doesn’t really care which one though. He likes them all. This dinosaur is one of my faves though!

Mason also has the craziest hair I’ve ever seen! This is what happens when I don’t brush it before it dries! Yikes!

He even found time for reading when he was in the hospital last winter!

Unlike this morning, Mason usually smiles for selfies. At least with my sister!

And here are some of my favorite Mason pictures from the last year!

And like I said, Mason is always happy! This last picture is from the day he was discharged from the hospital after his first return visit. He was super excited!

Today is Logan’s Coming Home Day. I may or may not have made up this occasion but we’ll be celebrating it every year. For each of the boys.

Logan came home 1 year ago today. Look how tiny he was!

That day last year was so surreal. I remember being so scared. We had spent the past 99 days in the NICU. With other people taking care of him. And now they just sent him home and we were 100% responsible for making sure he stayed alive! We did it though! He’s been home with us for a whole year! Go Logan!

Today we went for ice cream to celebrate Logan’s Coming Home Day. He LOVED it!

And we had bbq for dinner. Logan’s favorite! (ok all 3 love bbq!)

Today Logan is a sassy, loud, opinionated little guy. He loves to jump (in bed especially), he talks non-stop, he sucks his thumb when he’s tired, and he makes the best faces. He has the sweetest smile . . . but he also has bitchy resting face so he makes mean faces at people he doesn’t know. Ha! And he blows kisses, sometimes to strangers. He’s probably the most laid back and happy baby of the 3, but he’s also super serious sometimes. He’s too funny.

And here are some of my favorite Logan pictures from the last year. Just because. 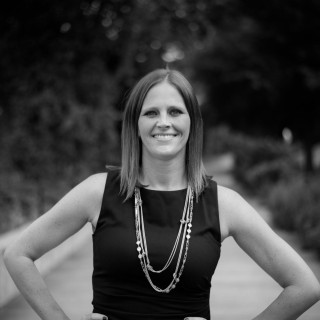